Influencer Marketing: The Best and Worst of it

Influencer Marketing: The Best and Worst of it

Over the years influencer marketing has become a prominent marketing strategy used by a variety of brands, but what is it and is it effective? Influencer marketing is a hybrid of old and new marketing tools. It takes the idea of celebrity endorsement and places it into a modern-day, content-driven marketing campaign.

We’ll kick it off with the bad. Some of these campaigns have become very well known for how largely they failed.

One of the most notable influencer marketing campaigns that completely failed has to be Fyre Festival. We know you’ve seen the Netflix documentary! They used supermodels like Bella Hadid, Kendall Jenner and Emily Ratajowski to get content and create curiosity around the festival. Considering this was a first-time music festival with tickets more than $1,500 this was a great way to generate buzz. The founders then engaged a further 400 celebrities and macro influencers who simply uploaded an orange tile on Instagram in a co-ordinated move using the hashtag #fyrefest.

All of this helped them to sell out all general admission tickets, however, when festival goers showed up there was no festival. This caused major backlash on all influencers involved as it showed they weren’t aware of what they were promoting.

Between June 2017 and March 2018 Ciroc, the premium Vodka brand was thought to have broken advertising laws by using influencer marketing and not disclosing. As many as 1,700 posts by 50 Instagram influencers promoting Ciroc’s vodka had violated federal advertising laws in the US. Rapper Bow Wow, singer Cassie and Sean Combs were all found to be in breach of advertising rules. These celebrities could have complied with regulations by simply including the hashtag #ad in their posts.

Bootea, a brand that sells fitness and detox products learnt that influencer marketing isn’t always so easy when they partnered with Scott Disick. Disick copied and pasted the company’s instructions to him directly into his Instagram post! The caption revealed that the brand had given him all the details seamlessly, including the caption and time of the post. This didn’t bode well as it showed that Disick wasn’t actually interested in the product.

And now onto the good, these are some of the influencer marketing campaigns that really made a difference and showed consumers just how effective influencers can be.

67 Shades of Dior was an influencer marketing campaign that launched Dior’s new Forever foundation and helped to deliver Dior’s most inclusive campaign to date. The new Forever foundation featured a shade range of 67 unique foundation shades. The campaign was incredibly well planned and had great execution; 67 influencers wearing 67 shades over 67 days. Dior was able to select influencers from key consumer territories across the world, which ensured that they got the maximum global coverage. The campaign reached 2.66m people, had 1.85m impressions and 591K engagements.

ASOS is a market leader in the fashion industry stocking over 850 fashion brands including their own label. ASOS knows their customer inside and out and has adapted and updated its marketing to reflect the needs of its ‘fashion-loving 20-something’ demographic. ASOS launched their Insiders programme which uses micro-influencers with under 10k followers to promote their products. They are new creatives in their 20s who advertise ASOS merchandise on a variety of channels. Each Insider has their own unique style, putting a personal spin on ASOS products to inspire shoppers. As Seen On Me is a hashtag initiative that started out as an online brand channel that linked customer-generated content to e- commerce. The hashtag #asseenonme has over 1.4 million unique posts.

In September 2020 McDonald’s launched the Cactus Jack meal, a collaboration with Travis Scott. Scott became the first celebrity to get his own meal at the chain since 1992.  The meal, which featured a medium Sprite, a quarter pounder with bacon, and fries with barbecue sauce was a phenomenon when introduced. Ordering one became a TikTok trend to the point where McDonald’s trained workers to recognise internet catchphrases and lyrics to Scott’s “Sicko Mode”. The collaboration worked so well because the meal was the same meal Scott had been ordering since he was a kid and he had already proven to be a fan of the fast-food restaurant. The meal, which was only available for four weeks, saw McDonald’s see a 4.6% gain in the third quarter of the year.

The key takeaways from this are that your consumers care about how relevant an influencer or celebrity ambassador is to your brand. Audiences are bored of seeing cash grab influencer marketing collaborations and would prefer to see authentic partnerships. After all, an influencer whose audience has no interest in your product will never bring you the metrics you want.

If you’re interested in using influencers in your marketing strategy, get in touch and we will be happy to help. 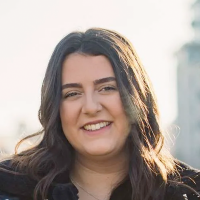 READY TO LEVEL UP YOUR BRAND?

Sign up for nuggets of inspiration and news straight into your inbox.